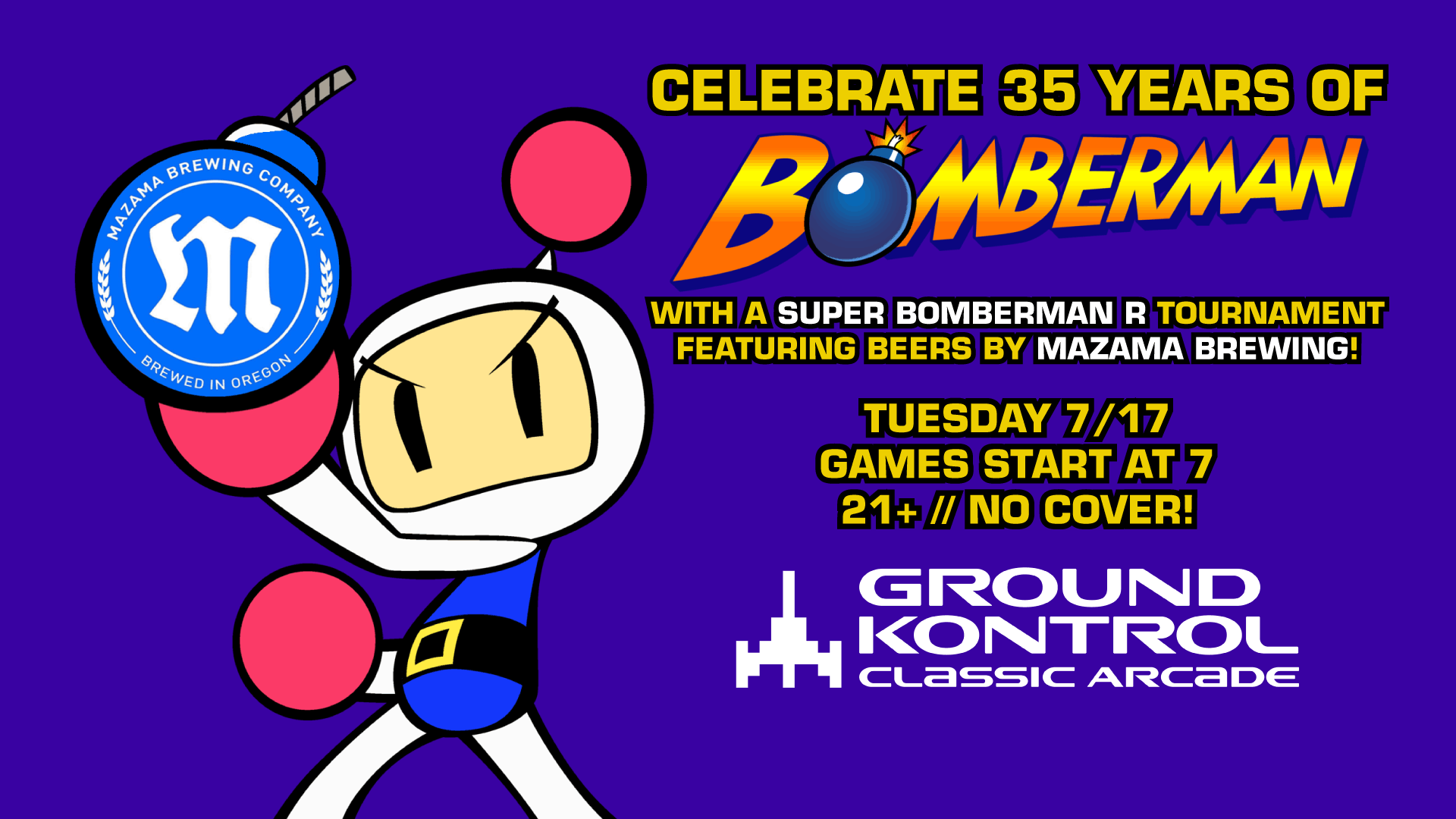 Bomberman has been around for 35 years and we’re throwing a party with Mazama Brewing on the evening of Tuesday, July 17th to celebrate and bring the classic multiplayer battle mode to our big screens! Our friends at Corvallis’ Mazama Brewing will be showing up with a variety of their best brews for our taps, and we’ll be pouring them at happy-hour pricing all night while running a Super Bomberman R battle mode tournament with prizes and giveaways! Haven’t played the recently released Super Bomberman R yet? No worries — battle mode is as simple and explosively fun as ever, and we’ll be running casual matches before and after the 7pm tournament too!

Beers. Bombs. More beers and bombs. Come have a blast with us on Tuesday 7/17!