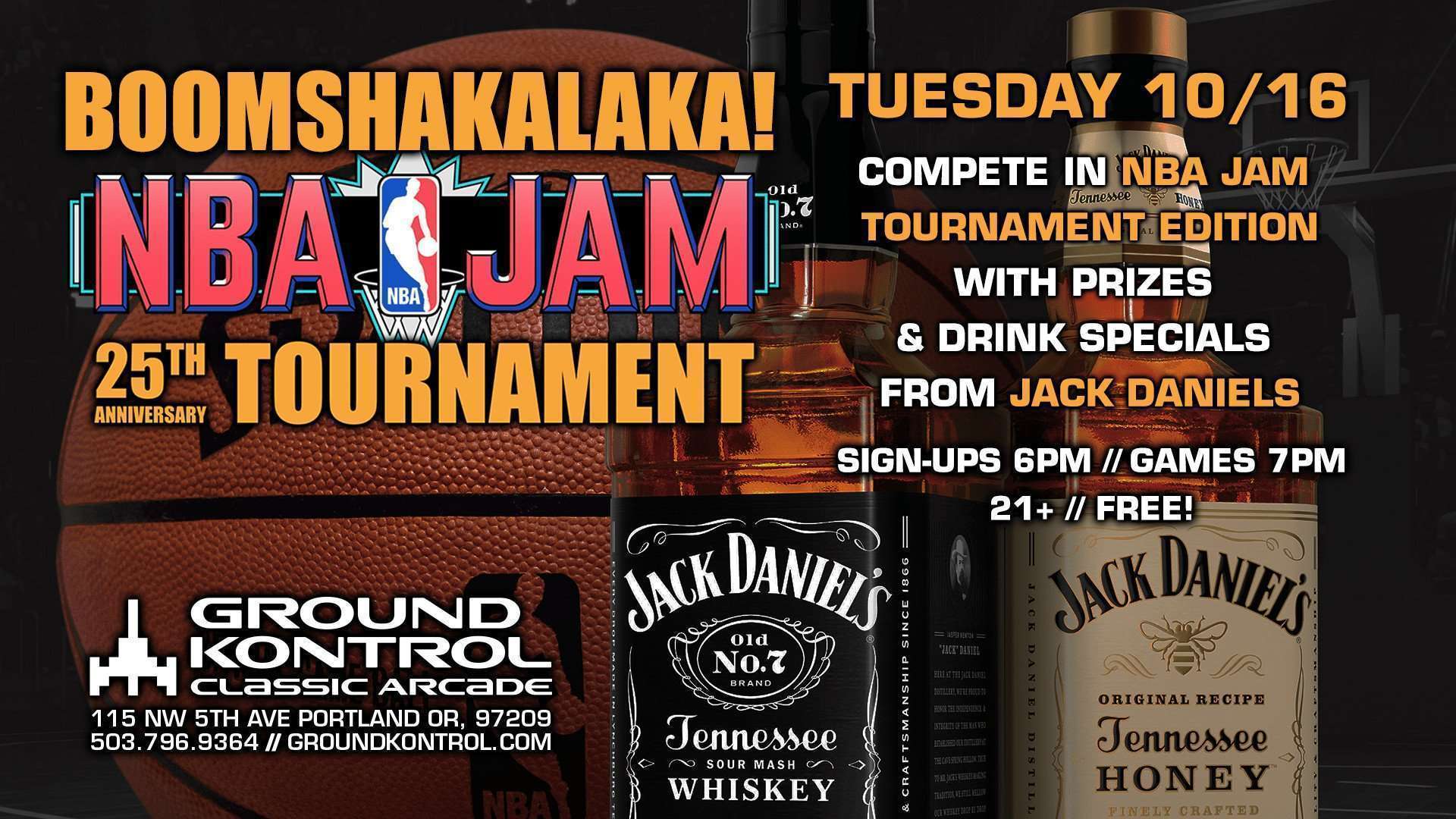 BOOMSHAKALAKA! On Tuesday 10/16, we’re celebrating 25 years of NBA Jam, the game that introduced a new generation
of gamers to the NBA with humor, rim-rocking action, and the iconic “He’s on fire!” Think you and a buddy can hang with the best 2-player NBA Jam teams in the area? Sign up for our 2v2 tournament for a shot at winning exclusive NBA-licensed prizes from Jack Daniel’s and Ground Kontrol credit! We’ll be sampling and serving specially-priced cocktails featuring Jack Daniel’s Old No. 7, Jack Daniel’s Honey, and Jack Daniel’s Fire for the occasion, so show up thirsty for NBA Jam competition and tasty drinks alike!

We’re also excited to announce that Ground Kontrol will be hosting the Jack Daniel’s Small Ball All-Stars state tournament on December 2nd, and pre-registration will be available during the event. Small Ball is a tournament to put your arcade style basketball skills to the test in a 1-on-1 tournament using “small balls” and a basketball hoop! We will have a demo hoop during the night for you to practice your skills! More details regarding the state tournament in December to be announced soon!