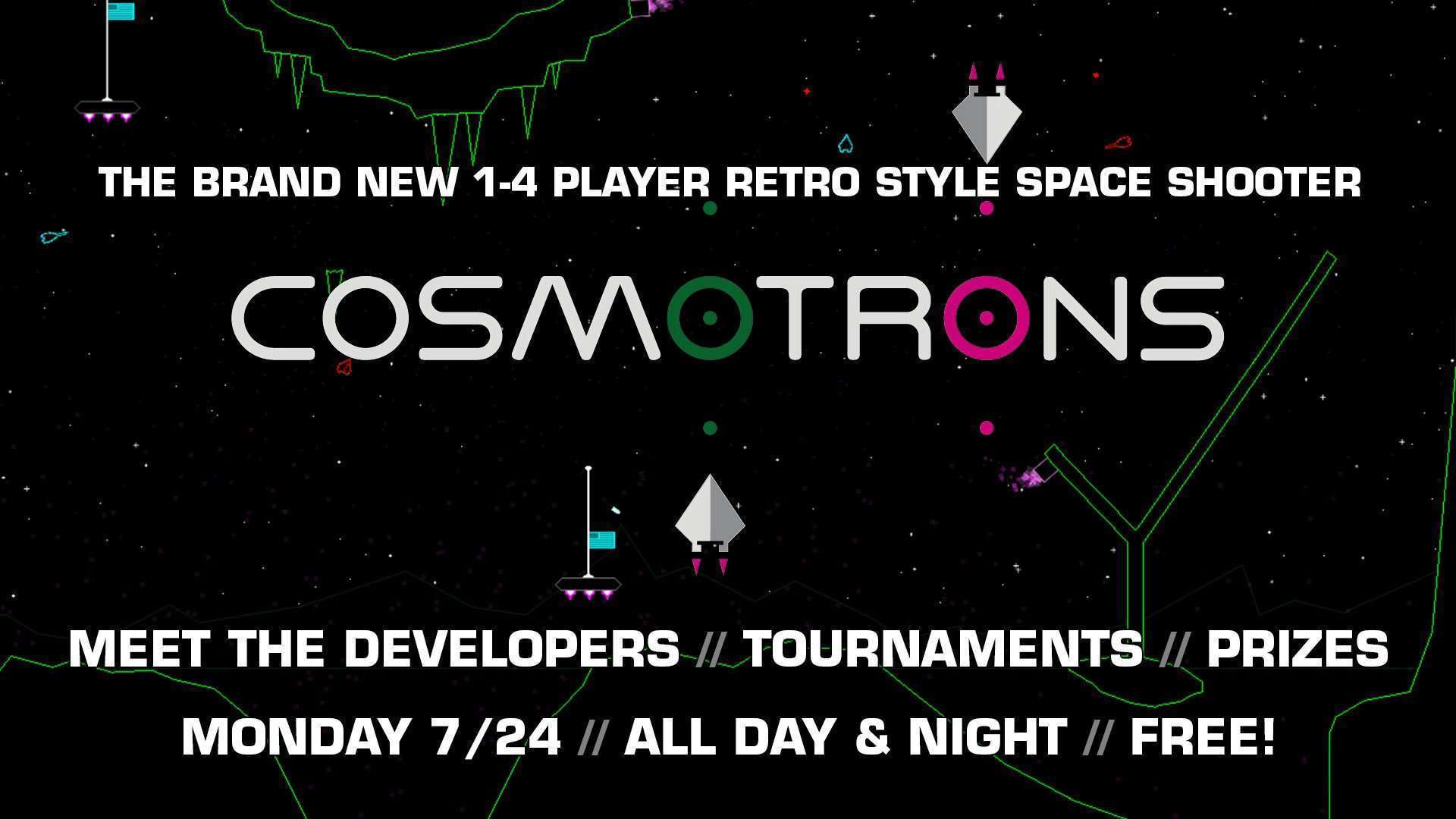 We’re excited to announce that the developers of Cosmotrons are bringing their game to Ground Kontrol for an entire day of retro style, multiplayer space shooter action! Two Cosmotrons arcade cabinets will be set up in our lounge and set to free play from open til close, with gameplay being displayed on our big screens! Ground Kontrol will be the ONLY Oregon stop in the 2017 Cosmotrons tour, so this could be your one chance to check out the game before it goes into production. Plus, the developers will be here all day to teach you and your friends how to play, answer questions about the game’s development, and run free tournaments!

Cosmotrons is a NEW one to four player, competitive and cooperative video arcade machine developed by Arcadeaholics LLC, based in Wisconsin, USA. Cosmotrons is a game designed by gamers for gamers. In Cosmotrons, use the spaceship setup of your choice to battle against your friends and gravity through dangerous territories!

Cosmotron pilots choose which nation to fly for and which spaceship to pilot. Mutiple ship types are available to choose from, such as the Noob, Recruit, Fighter, Beast, Snipes, Jalopy, Squid, and Juggernaut, each which have their own unique attributes, unique feel, and skill level. Pilots also choose special charge abilities to equip their ship with, thus creating a spaceship setup that suits their play style.

Come play Cosmotrons with its creators at Ground Kontrol and determine: which ship are you?