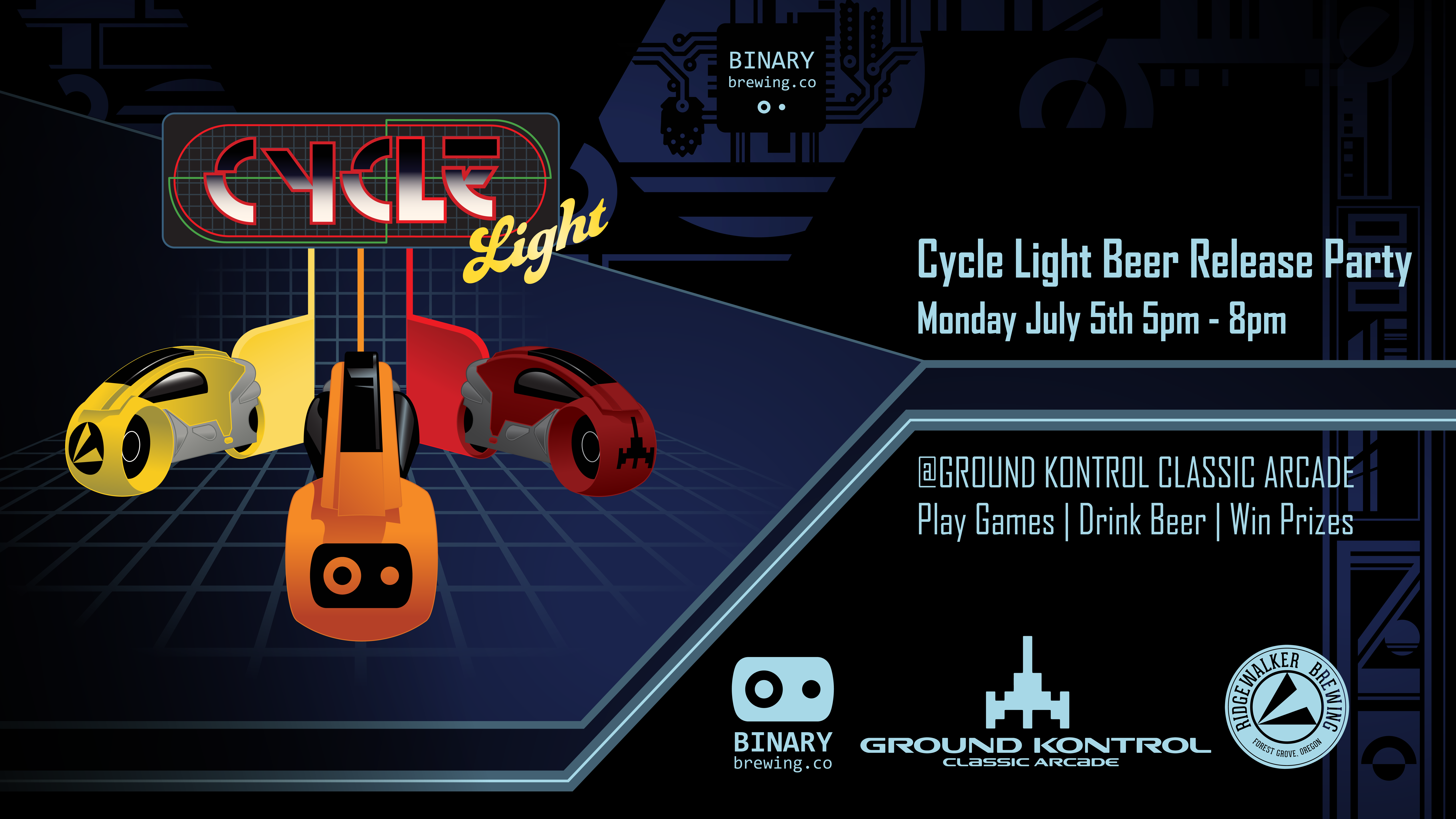 Ground Kontrol Classic Arcade has teamed up with BinaryBrewing.co and Ridgewalker Brewing to celebrate the beginning of our reopening with the release of Cycle Light cream ale! Join us for the release party on the evening of Monday, July 5th as we feature Cycle Light on tap and in 16oz cans for an extended happy hour. We’ll also be running high score contests on select games in the arcade from 5-8pm, so get ready to dust off your pinball and classic video game skills for a chance to win prizes! Ground Kontrol will be open from 5-11pm, but high score winners will be awarded at 8pm and capacity is limited to 50 guests, so we hope to see you early in the evening!

CYCLE LIGHT (Cream Ale, 5.5% abv)
An analog beer for a digital age, Cycle Light’s recipe is rooted in a cream ale, but built to be highly drinkable and incredibly crisp. Dubbed a “Domestic Cream Ale”, the team’s goal was to create an approachable beer that is reminiscent of certain red, white and blue canned beers often found in arcades. While the 16oz cans will be available all over Portland, draft will be exclusive to Ground Kontrol Classic Arcade and at Ridgewalker Brewing’s Taproom in Forest Grove.