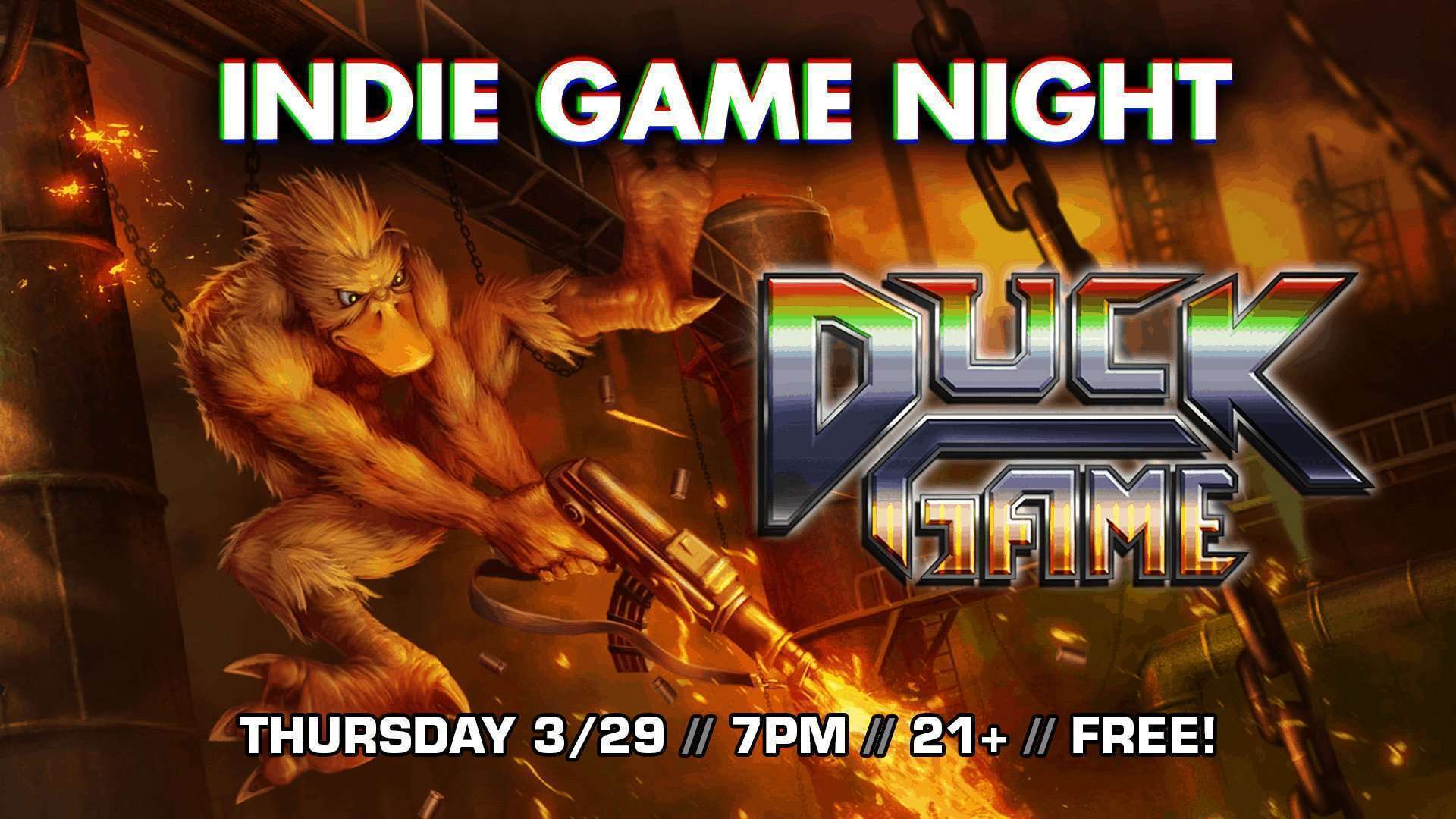 DUCK GAME [Developed by Landon Podbielski, published by Adult Swim Games]
Enter the futuristic year of 1984, an age where ducks run wild in a frantic battle for glory. Win over the crowd and gain a following by blasting your feathered friends with Shotguns, Net Guns, Mind Control Rays, Saxophones, Magnet Guns, and pretty much anything else a duck could use as a weapon. One hit and you’re roasted. This is DUCK GAME. Don’t blink.

Get down here at 7pm and join gamemaster Dylan Reiff, who will be on hand to help you get started. There’s no cost to play and no pressure to win, just grab a beer and a controller and have a blast!