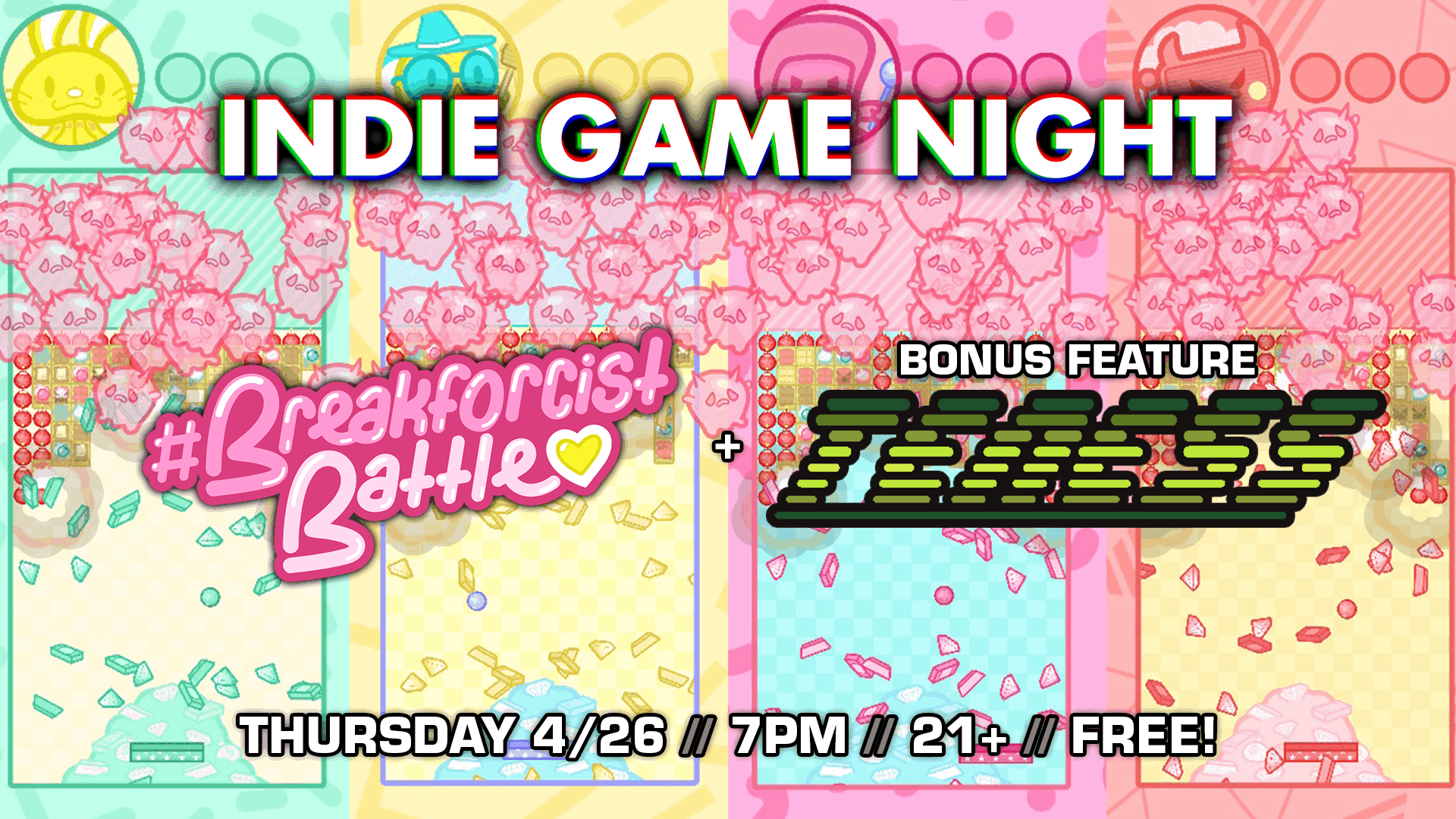 #BREAKFORCIST BATTLE [Lucid Sheep Games]
Are you hungry!? Introducing an all new version of the cult favorite breakfast/exorcism-themed waffle-busting game, #Breakforcist Battle! Use your magic paddle & ball to rescue breakfast with classic brick-breaking gameplay. Work together with a friend in cooperative play or challenge your friends in an all new competitive battle mode!

TENESS [Woodley and Matt]
Somewhere between a playground game of foursquare and high level Smash Bros lies TENESS: a neon geometry sport where players rally the ball over the net with a deep set of movement and attack options.

Get down here at 7 and join gamemaster Dylan Reiff, who will be on hand to help you get started. There’s no cost to play and no pressure to win, just grab a beer and a controller and have a blast!