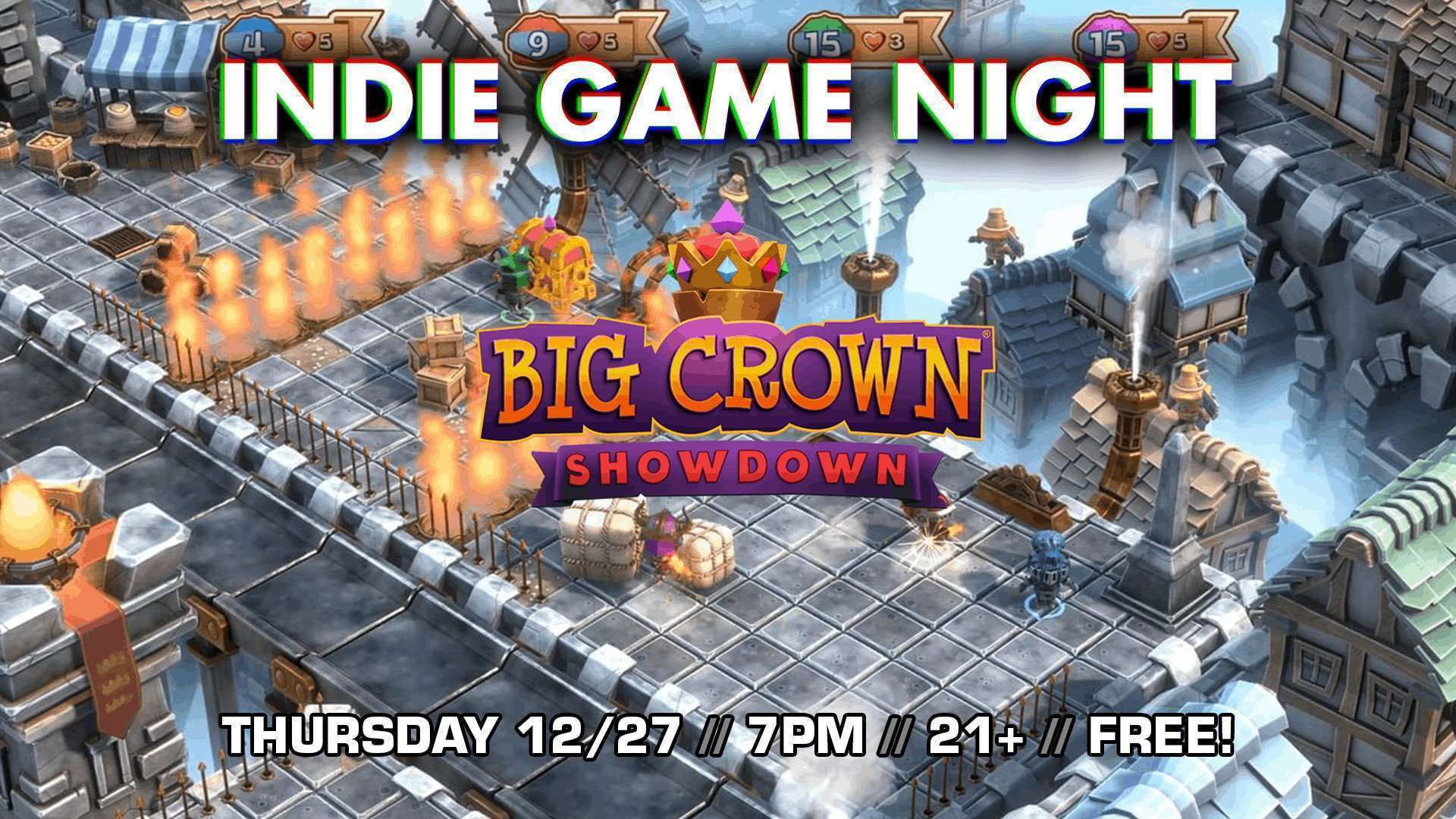 This month, we’re featuring Big Crown Showdown on the PS4!

Get down here at 7pm and join gamemaster Aspen Farer, who will be on hand to help you get started. There’s no cost to play and no pressure to win, just grab a beer and a controller and have a blast!