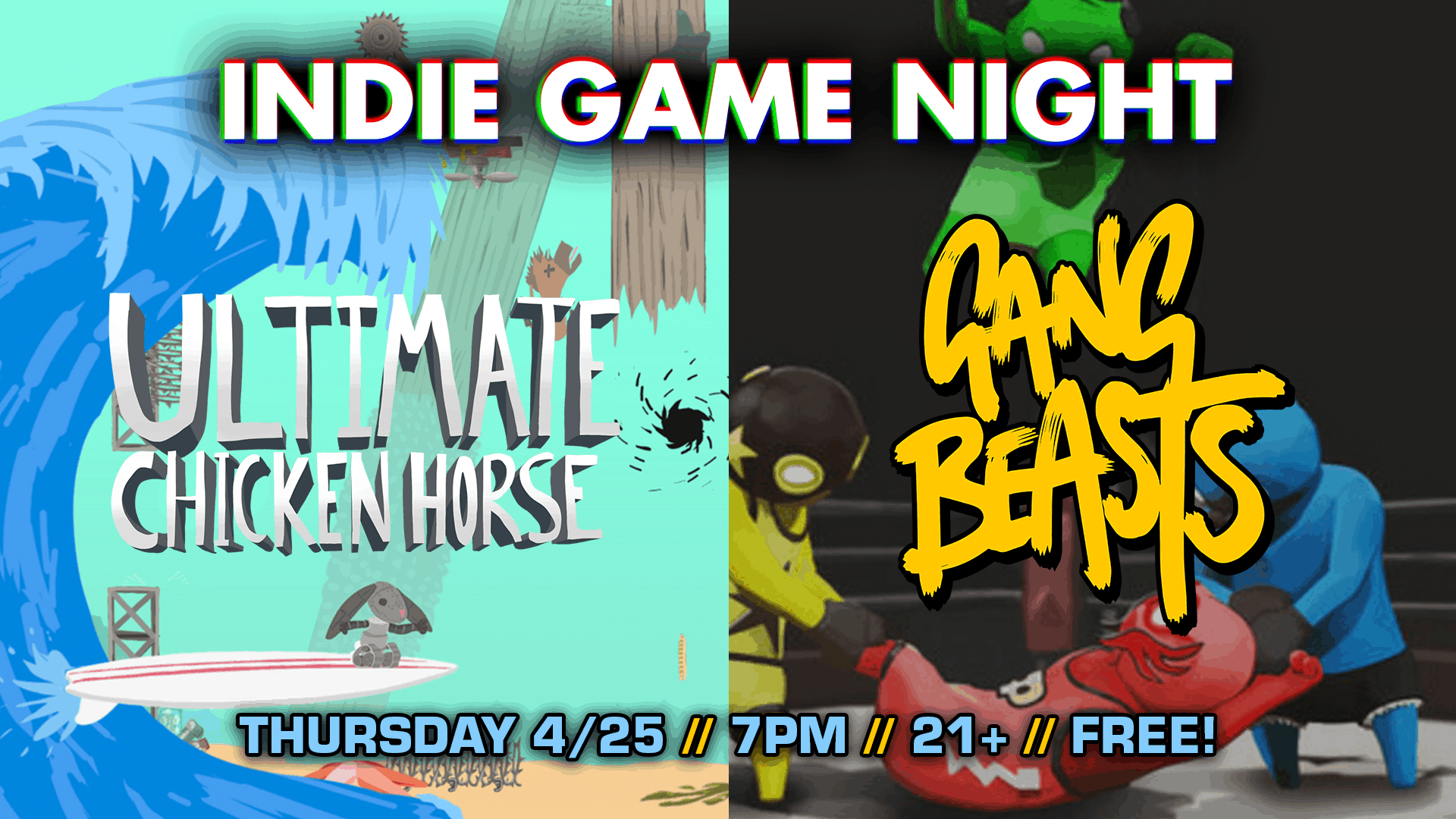 This month, we’re returning to two of the most popular multiplayer games that we’ve featured for Indie Game Night over the past few years, Ultimate Chicken Horse and Gang Beasts!

ULTIMATE CHICKEN HORSE [Clever Endeavour Games]
Ultimate Chicken Horse is a party platformer where you build the level as you play, taking turns placing traps and hazards and trying to screw your friends out of a win. Each turn, place more items in the level before running through, and try to create a level that’s just barely too hard for your friends, but easy enough for you. If everyone reaches the end of the level, no one gets any points, so be dangerous!

Get down here at 7 and join gamemaster Aspen Farer, who will be on hand to help you get started. There’s no cost to play and no pressure to win, just grab a beer and a controller and have a blast!