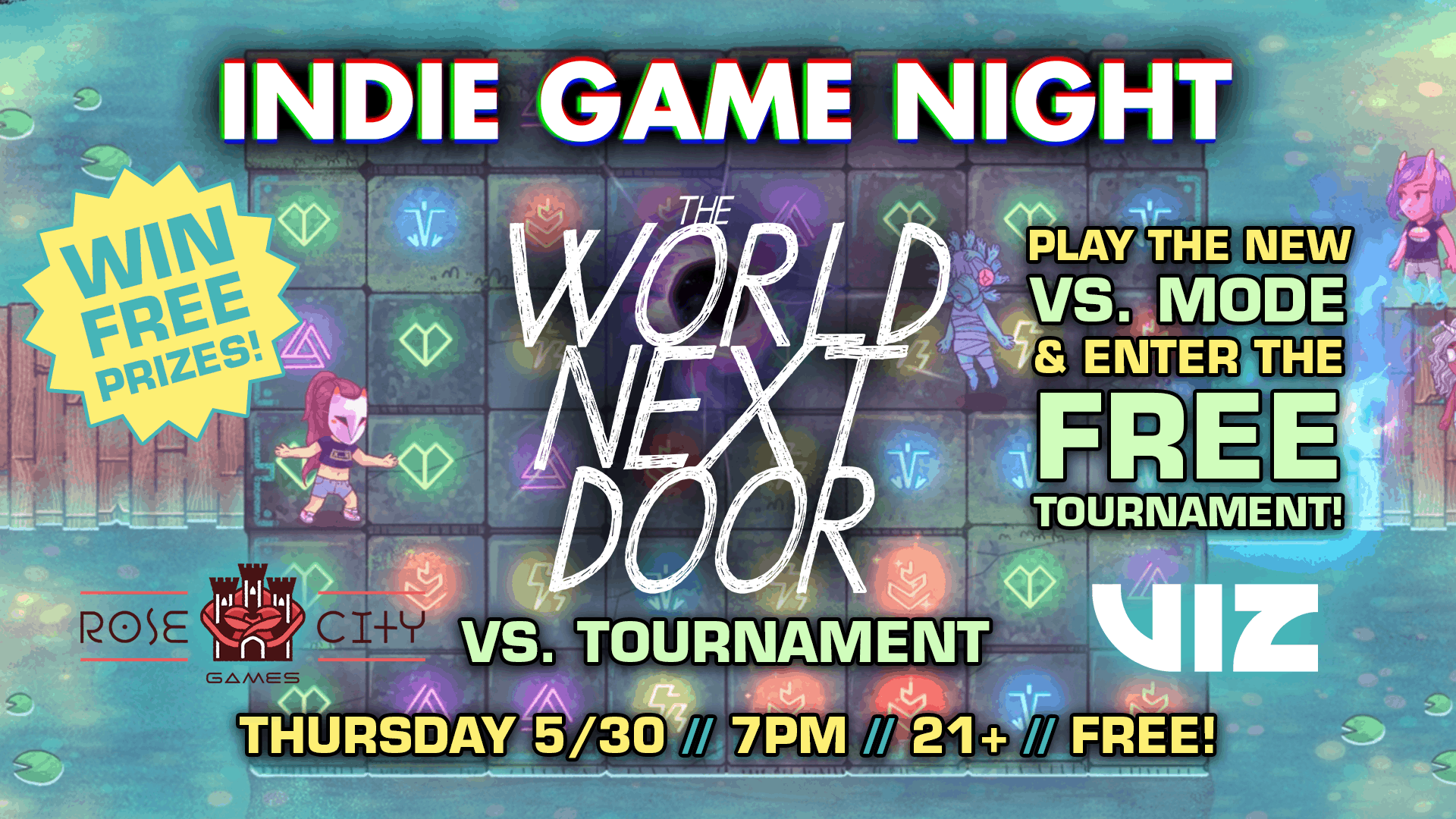 This month, we’re celebrating the recent launch of The World Next Door by local game studio Rose City Games and featuring the new VS Mode that was just released! Warm up with some practice rounds and then take a shot at being the top spell-caster in a free tournament for bragging rights and awesome prizes, including digital copies of the game and VIZ Media comics!

THE WORLD NEXT DOOR [Rose City Games, VIZ Media]
The World Next Door fuses real-time puzzle battles and striking visuals to deliver a supernatural story about Jun, a teen trapped in the mysterious world of Emrys. Team up with Liza, Horace, and an ensemble of otherworldly friends to investigate the secrets of the Emryn shrines, and use Jun’s newfound powers to battle the formidable enemies hidden in their depths. Get Jun back home before time runs out, and challenge your friends in the lightning-fast Versus Mode!

Get down here at 7 and meet members of the Rose City Games team, who will be on hand to help you get started. There’s no cost to play and no pressure to win, just grab a beer and a controller and have a blast!