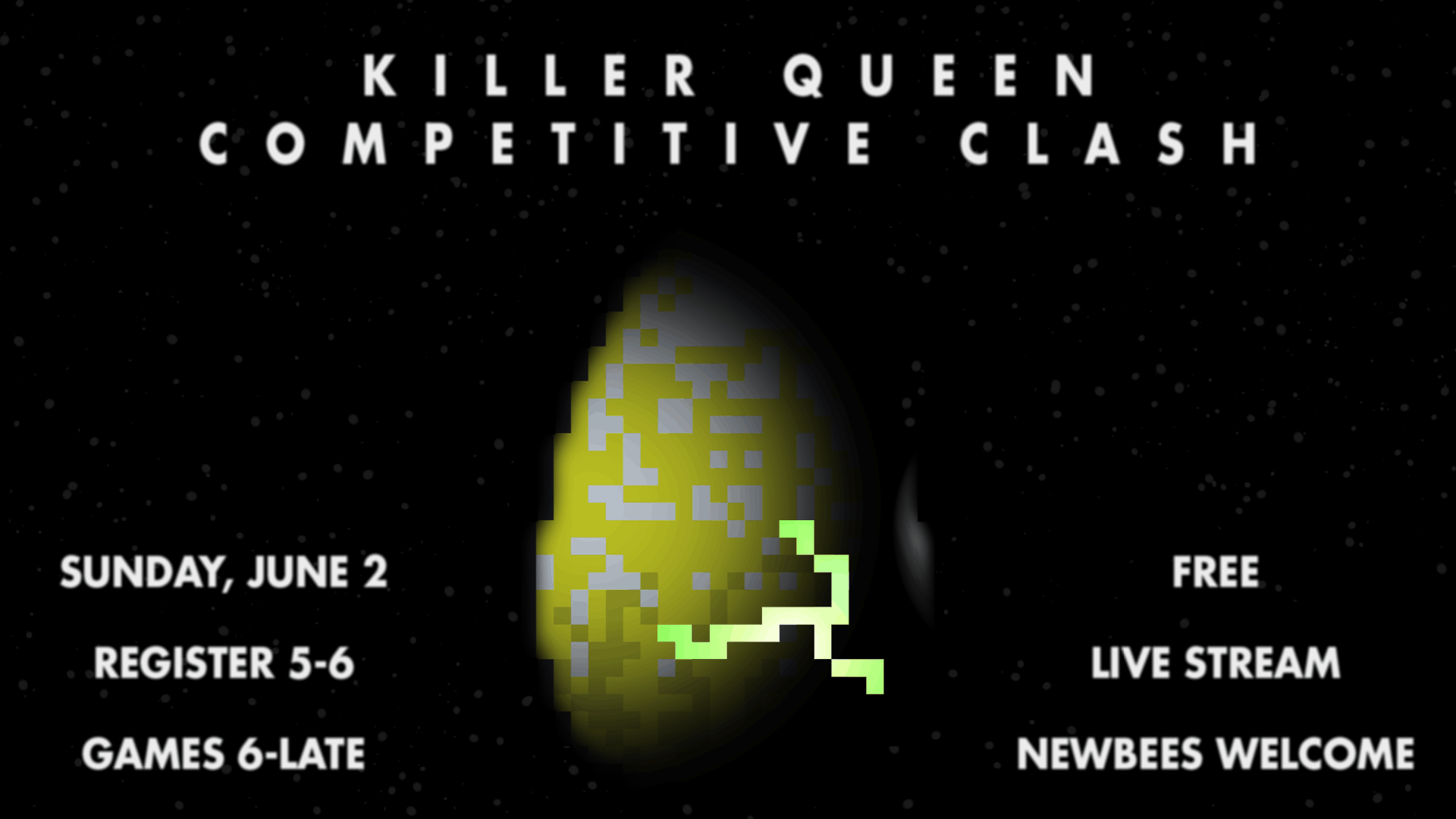 Ground Kontrol’s biggest monthly Killer Queen tournament now has a new time and date! Now on the first Sunday of the month, and starting an hour early, bring your friends or fly solo for this bee battle.

Killer Queen is the world’s only 10-player arcade game, available in our party room! This game’s hard to find and harder to miss — two giant cabinets support 5 players each (with drink holders for your beer, of course). Teams compete as worker bees, warriors and queens battling it out to be the first to collect the most pollen, decimate the opposing queen three times, or ride the snail to their base. It’s one of the best multiplayer experiences we’ve ever seen in arcades! Sign up for the tournament and you could win Ground Kontrol gift certificates and champion pins! Tournament sign-ups are an hour earlier now, as they take place from 5-6pm, and the first game kicks off shortly after 6!

Bring your squad or sign up as a free agent in this “Competitive Clash” event. The tournament will be played in a Round Robin or Double Elimination format, depending on attendance. Don’t have a team? We’ll find you one! All skill levels welcome! Broadcast live online with play-by-play commentary!