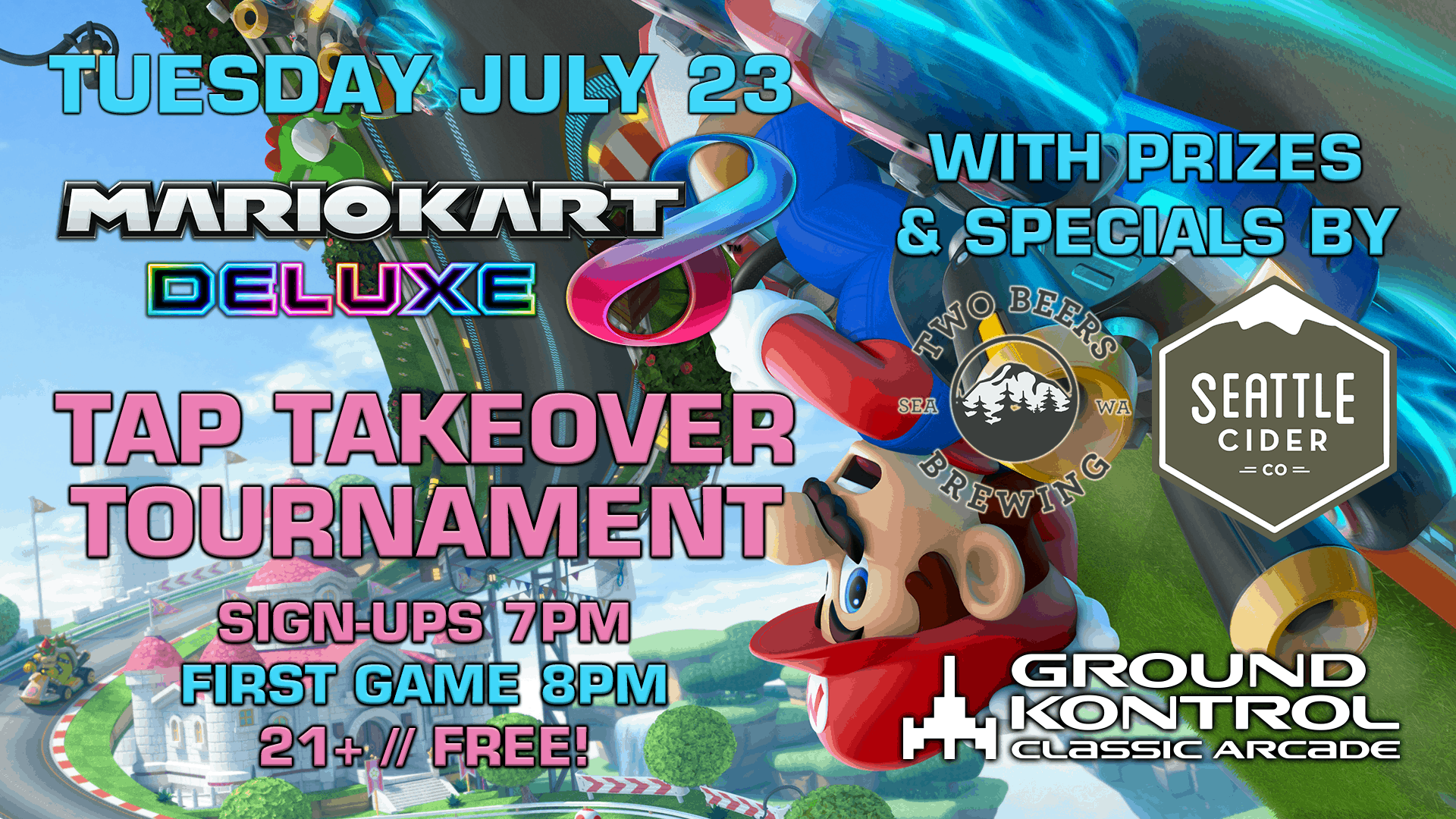 Start your engines, it’s time to get ready for a Mario Kart 8 Deluxe tournament at Ground Kontrol!

We’ve teamed up with Seattle Cider Company / Two Beers Brewing to bring you a night of flavor-packed ciders and beers at the bar and action-packed races on our big screen with Mario Kart 8 Deluxe on the Nintendo Switch! Tournament sign-ups will take place near the bar from 7-8pm, and then we’ll kick off the tournament with up to 32 players at 8pm. We’ll have prizes from Seattle Cider Co. / Two Beers Brewing and Ground Kontrol for the top ranking players, so show up prepared for some super competition and feel free to squeeze in a practice round during the sign-up period. Whether you’re playing in the tournament or not, a selection of our favorite Seattle Cider Co. ciders and Two Beers Brewing beers will be available on special all night, so don’t miss out!