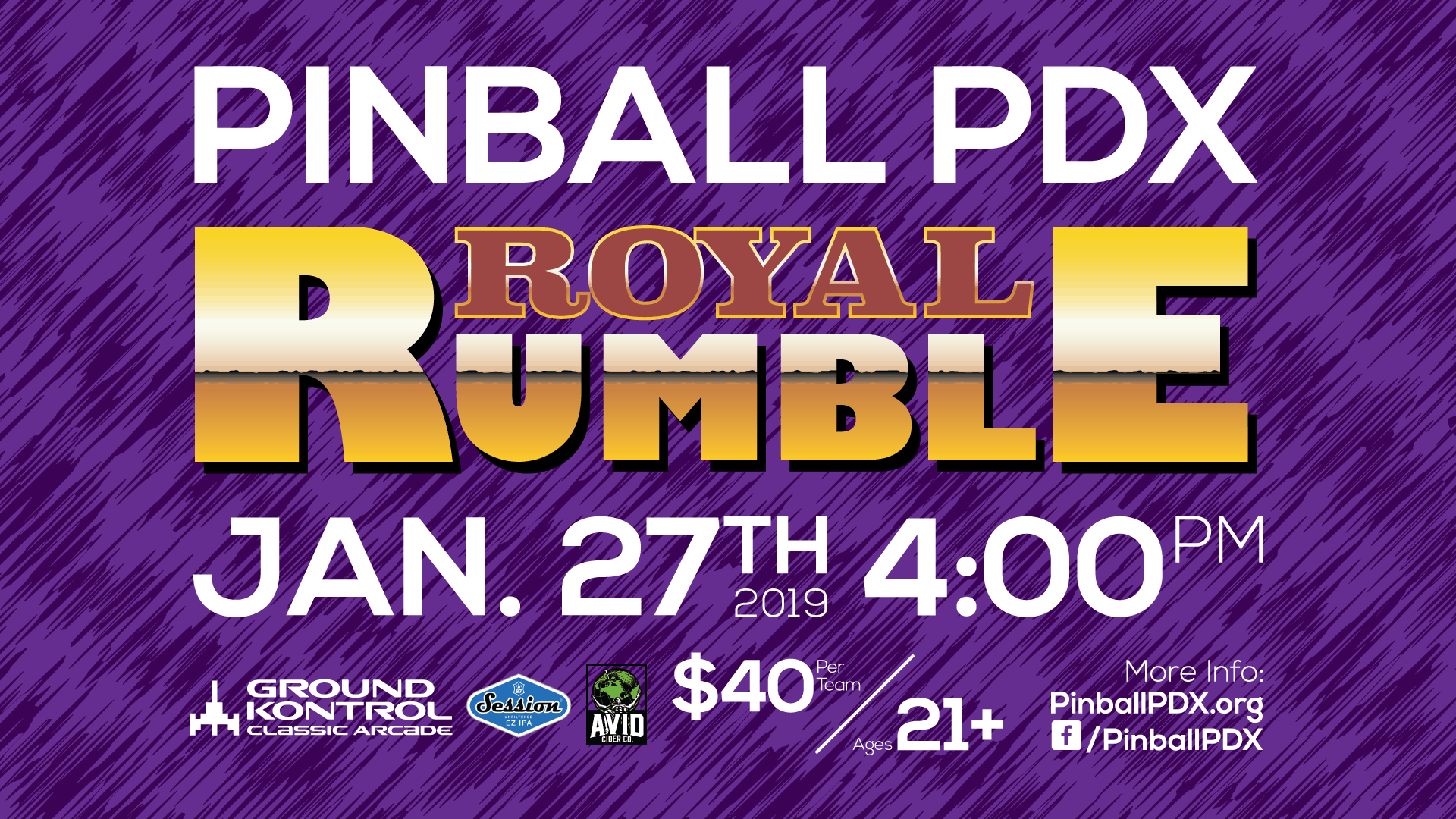 (Register by sending $40 via Paypal to contact@pinballpdx.org, include full names of all players on your team!)

The PinballPDX Royal Rumble is a one-day, multi-team tournament taking place at Ground Kontrol Classic Arcade on January 27th, 2019. Teams of eight will duke it out over several rounds of group play until one team is crowned the 2019 Royal Rumble Champions! Cash/swag prizes for the winning teams! Drink specials all day from our sponsors, Avid Cider and Session!

– Tournament is open to everyone!
– $40 buy in per team, 21+ only
– Check in starts at 2:30 PM for teams with no players who have played in a PinballPDX match, 3 PM for teams who have
– Tournament begins at 4 PM
– Maximum of nine teams, so sign up as soon as you can!
– Teams need exactly eight players to play, teams can change rosters up until the start of the first match

—Format and team restrictions are described below, IT IS SUBJECT TO CHANGE DEPENDING ON THE NUMBER OF TEAMS—

There are two rounds of matches where teams will play against each other. A match is a four-round competition against one other team, where four players from each team will play each round.

In this format, teams will play matches against two teams at once, and all eight players will play each round. There are four rounds per match, the first and last rounds are doubles (two versus two) and the middle two are singles (one versus one). There are two doubles games per doubles round and four singles games per singles round in a given match. Teams will be playing against two teams at once, so each team will be playing a total of four doubles games or eight singles games in a given doubles or singles round. One team will place four players in one match, then after each team is done placing their players the teams will place their remaining four players in the other match they are playing. All machines will be pre-drawn, machines will be announced at the beginning of each round. Each doubles win is worth two points, and each singles win is worth one point.

Players on the PinballPDX Restricted Player List who are not in the top 1000 are treated as players in the top 501-1000 range. Send us a message via our Facebook page if you have any questions about this!