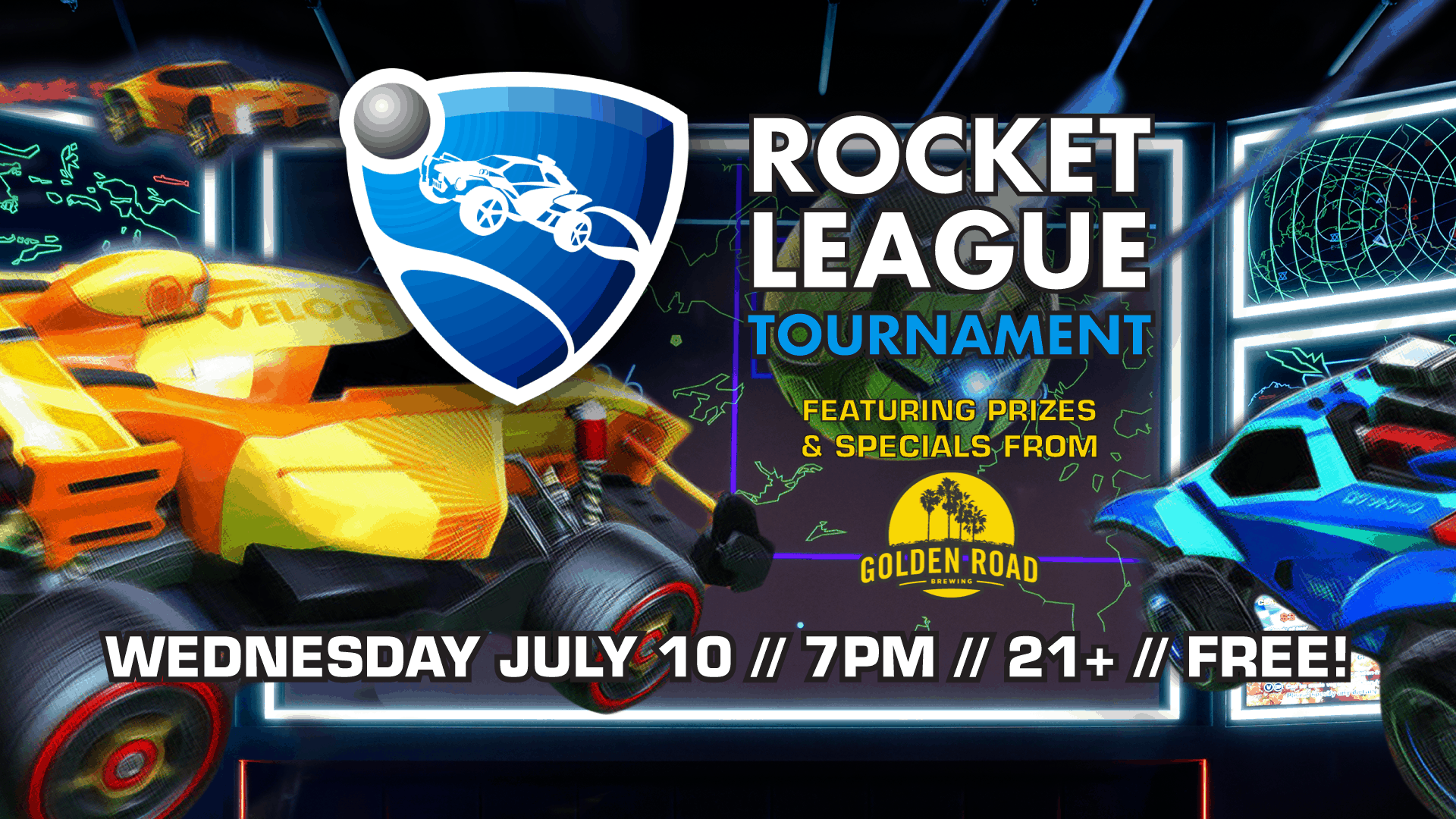 Rocket League has been taking over the world with its captivating style of chaotic vehicular soccer, and it’s making its way back to Ground Kontrol for a tournament sponsored by Golden Road Brewing! We’ll be running a double elimination 2v2 team tournament on the PS4 version of the game up on our big screens in the lounge, with prizes from Golden Road Brewing and Ground Kontrol for the top teams! If you can’t bring a teammate to sign up with, don’t worry – we’ll do our best to pair you up with another solo player to give you a chance at rocket-powered glory.

We’ll start the tournament at 8pm sharp, so make sure to show up between 7-8pm for sign-ups if you want to play. Rocket League has also become a popular eSport for good reason, so spectators are also welcome to come grab some drinks and watch the action on our projector screen! Let there be aerials, boosting, and booze!