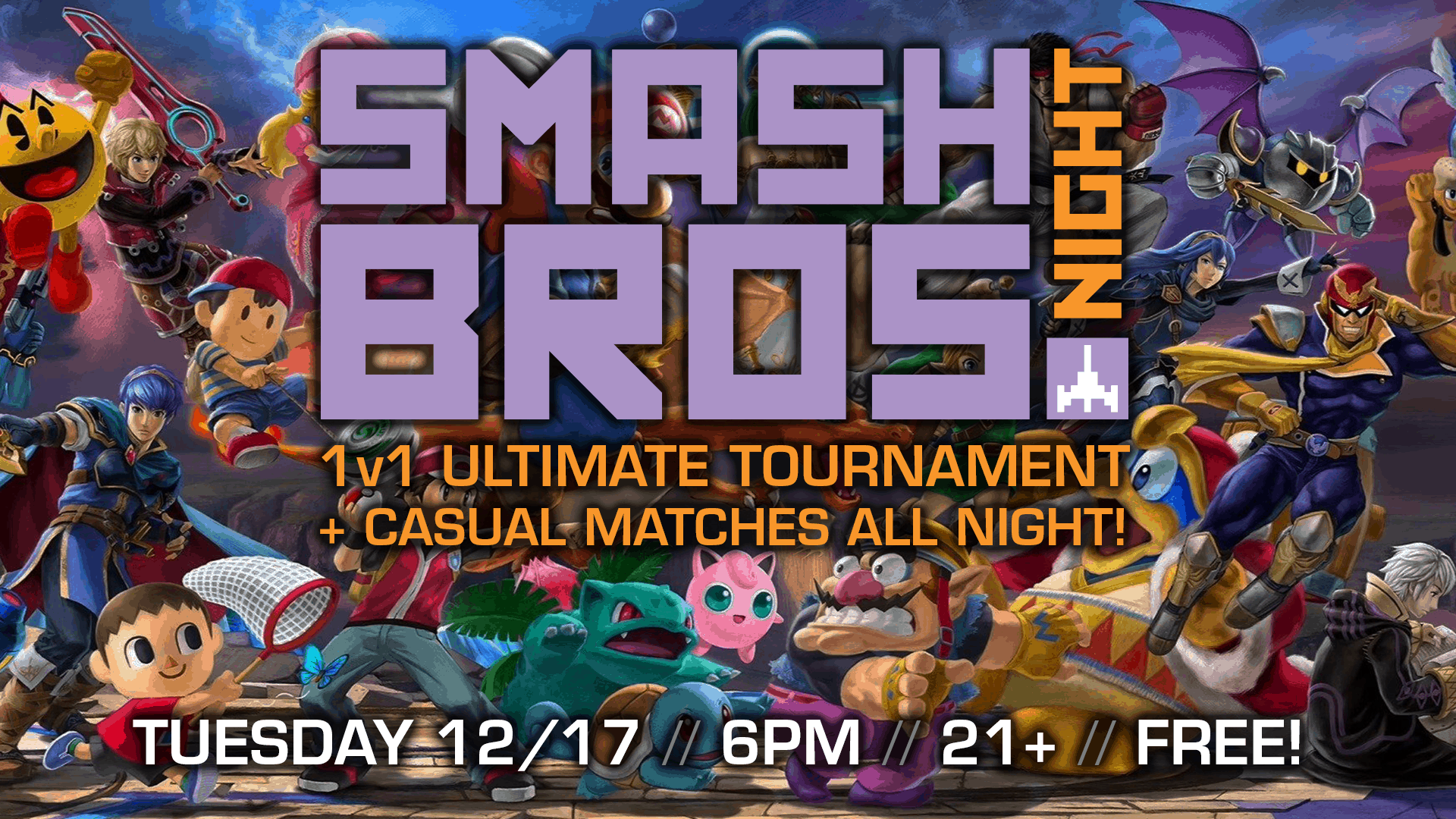 Head to Ground Kontrol on Tuesday 12/17 for Super Smash Bros. Ultimate battles starting at 6pm. We’ll host a 1v1 tournament around 8pm, but there will be casual matches throughout the night on a second set-up as well.