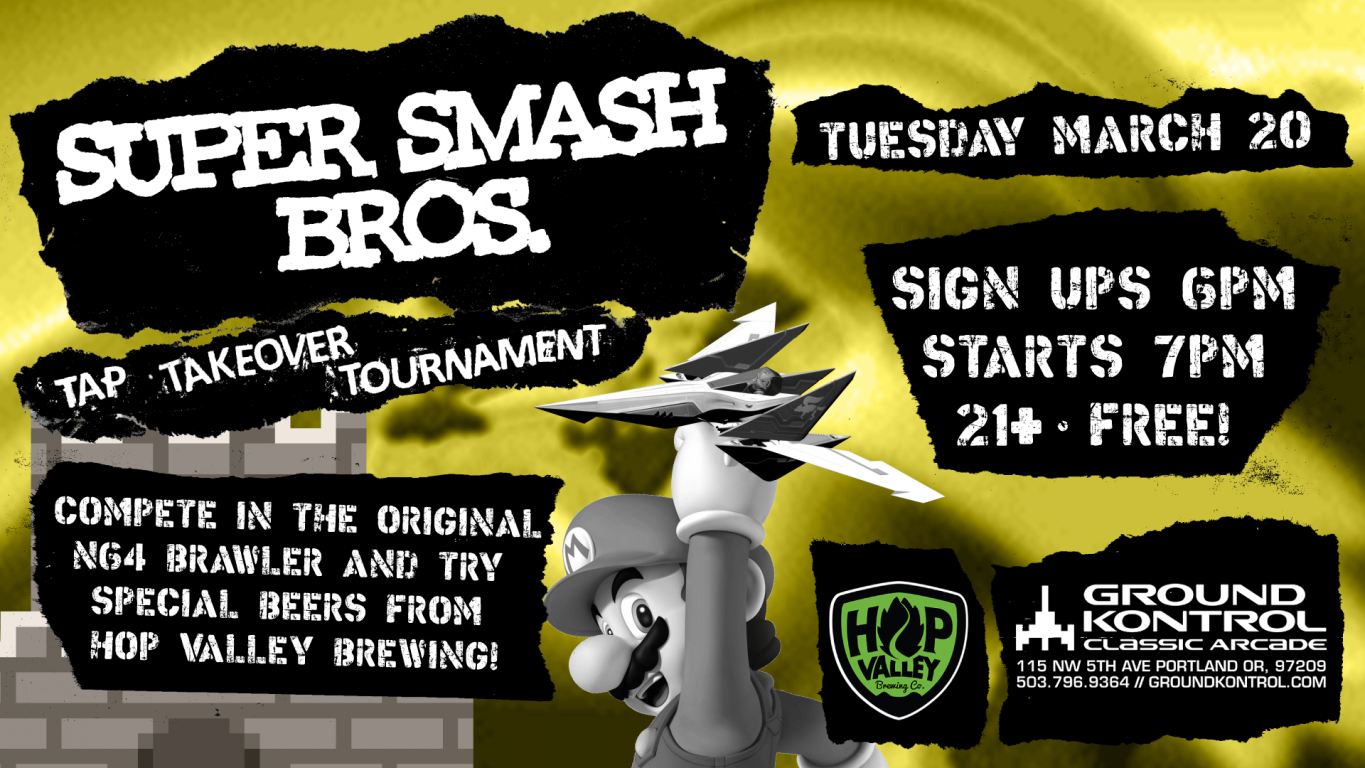 On the night of Tuesday 3/20, we’re returning to the original Super Smash Bros. for a casual free-for-all tournament akin to the glory days of huddling around a tube TV to brawl it out with your buddies! Better yet, Hop Valley Brewing is joining us for the occasion, with special beers available at happy hour pricing all night and prizes and giveaways for the tournament players. This won’t be your average SSB tournament with strict rule sets, but rather a celebration of the early days of the series before it became massive in the competitive scene.

We’ll start the tournament at 7pm sharp, so make sure to show up between 6-7pm for sign-ups if you want to play. You’ll also be able to play warm-up matches during the sign-up period and after the tournament too!