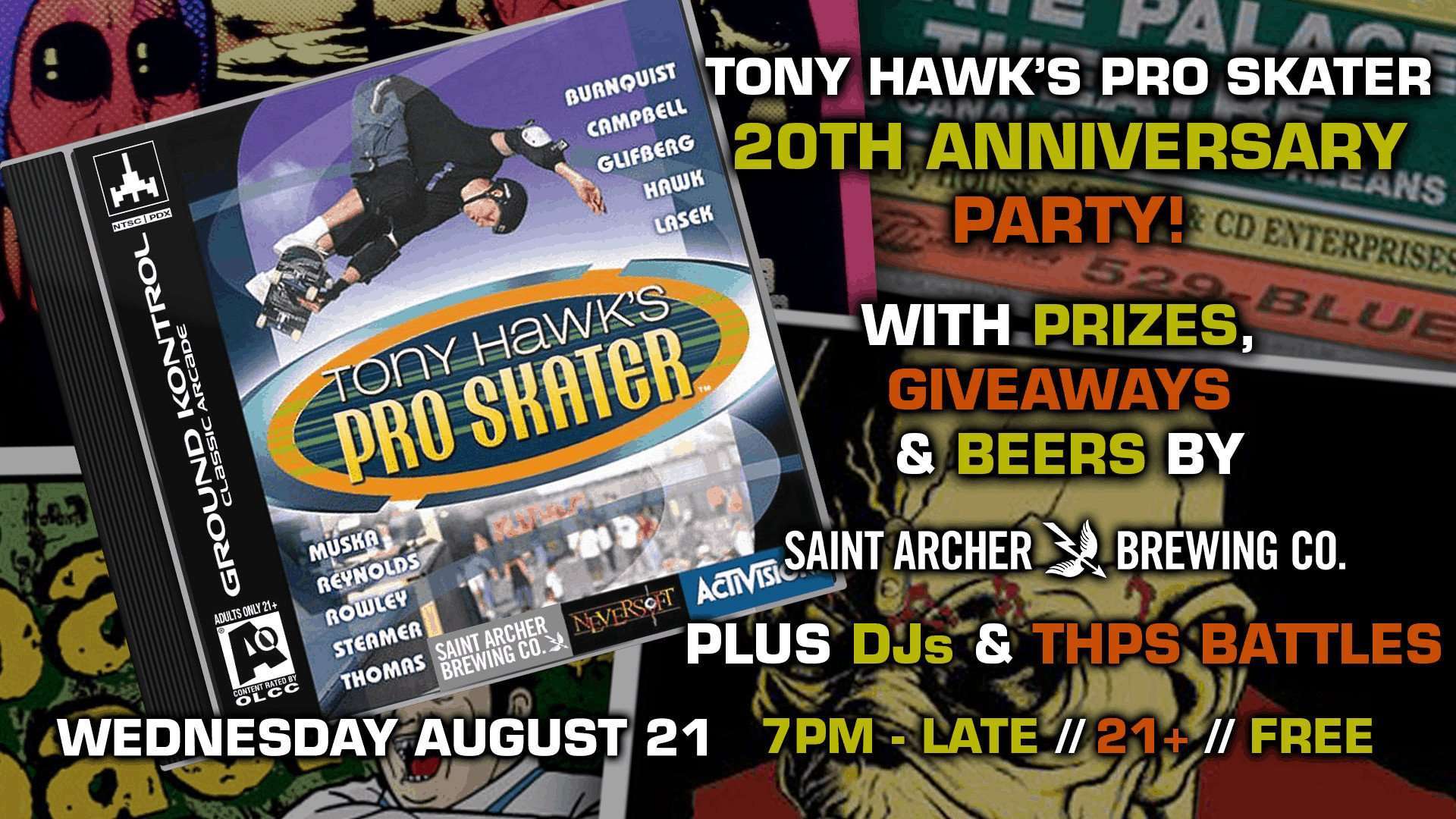 Ground Kontrol isn’t the only high flyer that blasted off in August of 1999… Tony Hawk’s Pro Skater was just days behind us! As part of our 20th anniversary week, we’ll be celebrating the release of the original Tony Hawk’s Pro Skater with an old-school tournament and tap takeover with Saint Archer Brewing! Try a variety of our favorite Saint Archer’s beers on special all night, battle it out on the first several THPS games up on the projector, and win prizes from Saint Archer and Ground Kontrol, all while DJs PHNM and Easy Egg blast the best of classic THPS-era tunes!

We’ll kick off the party at 7pm with casual multiplayer battles and free skate on the first game, and then we’ll run tournaments on THPS1 and the player-voted winner of the poll on our Facebook event between THPS2, THPS3, and Underground. Make sure to sign up for the tournaments in the arcade before 8:30pm, and we’ll get started on the first tournament at 8:30pm sharp. Saint Archer Brewing will have skate decks and more prizes to give away to the winners!