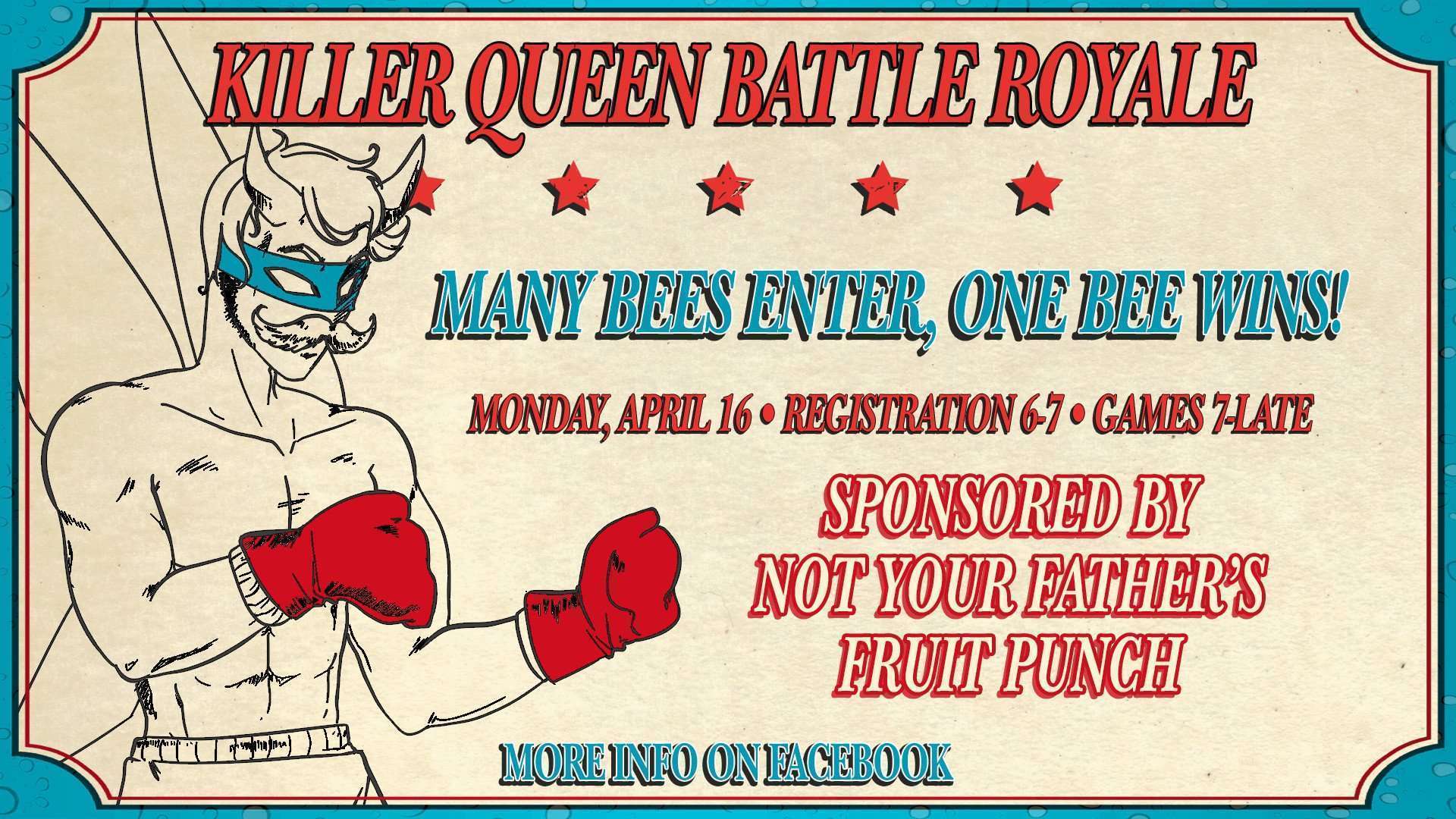 Inspired by the creative bees in the Minneapolis scene (Nathan Palmer and J Remington Sisk specifically), the “BUBG” tournament pits continually scrambled teams against each other to knock out players until one remains as the champion. Please make sure to get on the sign-up sheet before 7pm to get your name in the hat. The rules are as follows:

2) As noted, every team will be drawn and assembled randomly before each round. If your team has fewer than 5 players on it, you are allowed to use bots — or not use your bots or switch places mid-game or elbow snail or whatever — at your discretion.

4) Every participant has two “health.” If you are on a team that loses a best-of-three matchup, you lose one health. Once you have zero health, you are out of the tournament and your name will not be put back in the hat when teams are assembled for the next round.

5) There is a special “headshot” rule. If any team pulls off a family portrait victory at any time in the tournament, regardless of score in that matchup, every player on the opposing squad immediately loses two health and is eliminated from the tournament. Brutal. See rule No. 1.

Special thanks to Small Town Brewery for providing us with their new Not Your Father’s Fruit Punch and a pile of themed prizes TBA.