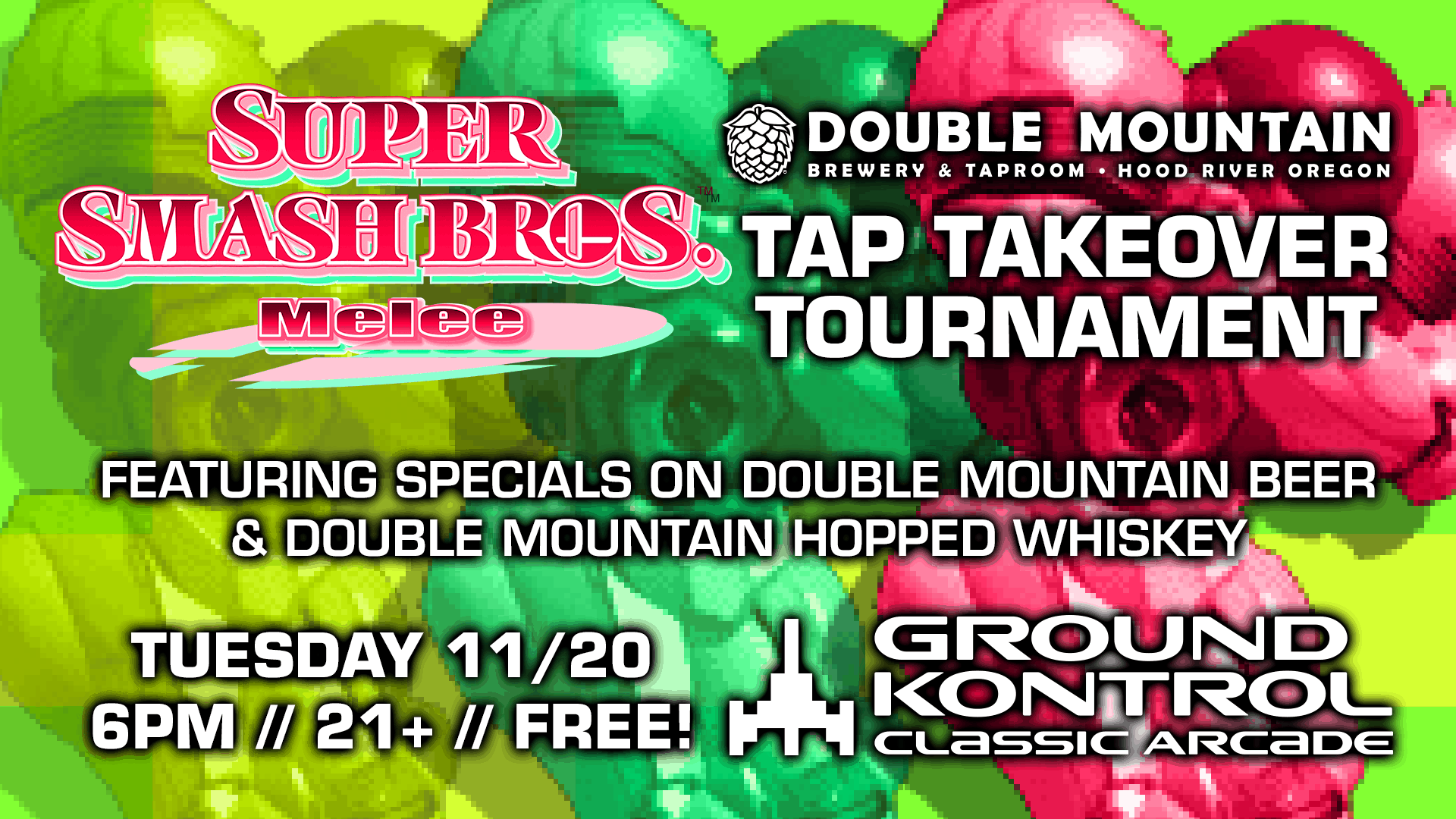 Let’s Melee! A lot of us at Ground Kontrol are psyched for Nintendo’s release of Super Smash Bros. Ultimate next month, so we’ve teamed up with Double Mountain Brewery to celebrate 17 years of one of the most popular games from the series, Super Smash Bros. Melee on the GameCube!

On the night of Tuesday 11/20, we’re hosting a casual free-for-all Melee tournament while we offer four of our favorite Double Mountain brews on tap and cocktails featuring Double Mountain Hopped Whiskey on special all night! We’ll switch from the 4-player free-for-all format to 1v1 matches for the finals, and we’ll have plenty of rad prizes from Double Mountain and Ground Kontrol for the top 3 players! This won’t be your average SSB tournament with strict rule sets, but rather a celebration of the early days of the series before it became massive in the competitive scene.

We’ll start the tournament at 7pm sharp, so make sure to show up between 6-7pm for sign-ups if you want to play. You’ll also be able to play casual matches during the sign-up period and after the tournament too!